Another year, another Christmas novella from Anne Perry: 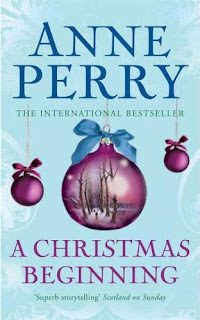 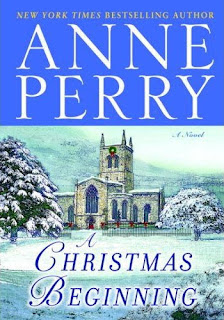 Synopsis: The fifth in "Anne Perry's" series of charming Christmas novellas. Runcorn, Monk's ex-boss and a bachelor, travels to Anglesey hoping to stave off the loneliness of the Christmas season and the memories of Melisande, the woman he fell desperately in love with in "Dark Assassin". His efforts are in vain as he immediately meets Melisande's brother, John Barclay, and learns of Melisand's presence in Anglesey.
Although a widow, Runcorn believes that Melisande is too far above him in society for him to win her heart and then fate intervenes. The vicar of Anglesey's sister is discovered murdered and Barclay is implicated in the crime. Melisande, mindful of Runcorn's experience, asks him to help clear her brother's name, even though the official head of the investigation is Chief Constable Faraday, her soon-to-be fiance. As Runcorn investigates, he learns that life for an upper class woman is hard especially when you are considered unmarriageable. Could this be a reason for murder? And will Runcorn be able to solve the case, and in doing so perhaps win Melisande's heart, or will his efforts be in vain?

Read an excerpt from A Christmas Beginning on the Random House site.
Posted by Karen (Euro Crime) at 6:49 pm