Foreign Bodies: Zygmunt Miloszewski's A Grain of Truth on Radio 4 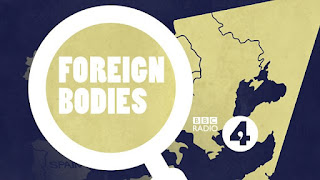 The first part is avalable now to stream or download, and the second is on later today (at 3pm).


The Blood Painting
Foreign Bodies, Grain of Truth Episode 1 of 2

The complexities and frustrations of the modern Polish legal system are the setting for this bestselling crime novel, featuring long suffering State Prosecutor Szacki who finds himself trapped in a limbo land of half-truths and secrets from post-Communist Poland. Will he prove himself to be a redoubtable seeker of the truth or will he compromise?

Episode 1: The Blood Painting
Szacki is finding small town Poland a little dull but a bizarre murder case soon throws him back into action. The crime scene is littered with grotesque clues suggesting that the murder is mirroring an infamous Jewish blood libel, drawing on historical anti-Semitism.