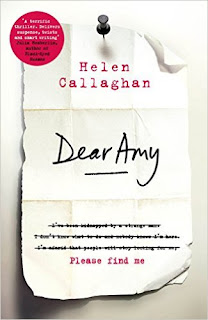 Margo Lewis is a Classics and English teacher at a small private school and also writes an agony column for the local newspaper. Her life is in turmoil since her husband of three years has left her to live with his boss and now he wants a divorce. Katie Browne, a pupil at the school, leaves home after an argument with her step-father and disappears and then Margo starts to receives letters from a Bethan Avery asking Margo to help rescue her. She claims to be held as a captive in a cellar by a man who she says will kill her. Margo takes the letters to the police and discovers that Bethan Avery is indeed a missing schoolgirl - but she went missing twenty years previously.

Margo is contacted by Dr Martin Forrester, a criminologist who is assisting the police in their investigation into the letters and advises her that a link is being made between the disappearances of Katie and Bethan and that of several other young girls over the years, and asks for her help. Working with Martin brings Margo into the public eye and some unwelcome attention. Margo has a chequered past having run away from home herself and has a history of depression and insomnia. She finds her life spiralling out of control as the search for Bethan and Katie takes over her life and her paranoia increases - is she really being followed? Will she have to sell her house, that she has worked so hard for, to pay off her husband? Who can she trust when even her best friend, Lily, doesn't seem to believe her?

This is a very assured first novel. The style and complexity of the story reminded me of Sophie Hannah, although without the complexity of that author's writing. A good entertaining read.