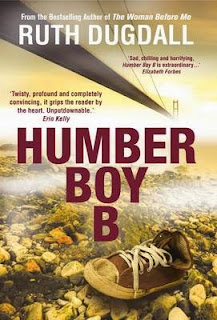 A ten-year-old boy, Noah, falls from the Humber Bridge while out with his friends. His friend, another ten-year-old boy, is found guilty of his murder. Eight years later Humber Boy B, or Ben as he is called now, is paroled from prison and relocated to Ipswich. For his own safety he is told that he is not allowed back to Humberside or to be in contact with his own family and the Noah's family. Cate is the probation officer assigned to the task of re-introducing him to society. Ben is very ill-prepared for life on the outside after spending so long institutionalised, and Cate seems to be the only person who senses the lonely and confused child within the young man.

Meanwhile Jessica, Noah's Mother, has set up a Facebook page asking for people's support in finding her son's killer and a follower on the page, Silent Friend, is determined to help her get justice.

The author has worked with young children that have been committed to prison for similar crimes that form the basis for this story and this experience shows through in the writing. The boy at the centre of the story comes from such an emotional and physically deprived environment that, while making no attempt to provide excuses for Ben, the author manages to generate a degree of sympathy for him, that took me by surprise.

As the story of Ben's life is disclosed, we learn more about the circumstances leading up to the dreadful event and also more about the missed opportunities by various adults who could have intervened and prevented the death.

HUMBER BOY B is a very sad, disturbing read that raises some really uncomfortable truths about the impact on children raised in poverty with parents who cannot or will not care for them and also the difficulty for prisoners of any age who have been jailed for a long time, to assimilate into society without being taught up to date life-skills and receiving massive support.

The subject and the writer's treatment of it reminds me to a degree of Sophie Hannah. Recommended as a thought provoking and good read. This is only the third novel by this author and I will be looking out for more in the future.

Sounds almost like a real life crime,maybe a little to emotional for me