Review: Now That You're Gone by Julie Corbin 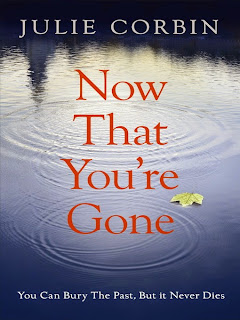 Set in Scotland, Isla’s life is turned upside down when her twin brother Dougie is found drowned in the Clyde in Glasgow. Isla can’t accept that her brother, an ex-marine, could have died in such a banal way. He’d only had 4 pints to drink in a local pub and he should have been able to swim to safety after falling in the river. As he worked as a private investigator, she is sure that he must have put himself in danger possibly as a result of his investigation into the disappearance of a young girl called Lucy. She thinks that his death was more than simply an accident as the police have concluded and is determined to prove it.

While the novel focuses on Isla’s attempts to get to the bottom of what caused Dougie’s death, the real story is about her life, her relationship with Dougie, her sister Marie, her parents, and her own children and ex-husband, and how she starts to re-evaluate aspects of those relationships. It’s also about her coming to terms with the shock of Dougie’s death and its unexpectedness. It was such a stupid and avoidable death, and she has to discover that there was something more to it as a way of giving his death more meaning. Her investigations lead to her making discoveries about Dougie, uncovering some of his secrets and learning things about him and his life that she didn’t know or realize. A short, excellent read that manages to capture the sense of loss when someone close dies, and the sense of desperation to make sense of it all.