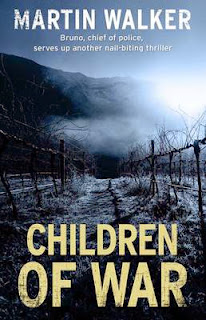 Reading the first few lines of this latest book by Martin Walker, and settling in to enjoy the cooking and exploits of Bruno, Chef de Police, was like being welcomed home by a long-lost friend. It seems ages since I last had the pleasure of an evening with this delightful French policeman and his most recent tale is a real treat. Walker’s words bring Bruno’s world – his village, his culinary expertise, his women – so vividly to life that for the far too short a time that it takes to read this book you are transported to rural France and all the charms that it has to offer.

This case is not at all charming for Bruno, however, and this time all of his professional skills are tested to the limit. A badly mutilated body is found in a local woodland and, when it is identified as the undercover policeman who had contacted Bruno only hours before, to ask for help, Bruno discovers that his troubles are only beginning: soon after this grisly find, sleepy St. Denis finds itself at the centre of some unwanted global attention when Sami, a young, Muslim man, who has previously gone missing, turns up at a French base in Afghanistan and wants to be taken home. Despite being somewhere on the autistic spectrum and unable to talk to a significant degree, it looks as if he might have been responsible for building bombs that subsequently killed a large number of people, and he is wanted for questioning by several governments, including that of the USA. What should have been a joyful homecoming for Sami and his parents is soon fraught with worry and Bruno is drafted in to help with security after it becomes apparent that certain people from the mosque where Sami used to worship want him dead.

If you are already a fan of Bruno Courrèges, then you are going to love this latest book about him. If you have yet to meet this dashing young police officer then I suggest that CHILDREN OF WAR is an excellent place to start!

Excellent review! I am adding this series to my list based on your recommendation.