Kristian Ohlsson's books to be televised 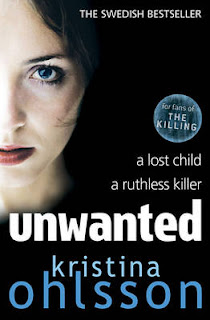 Kristina Ohlsson's series featuring Fredrika Bergmann is being made into a tv series.

From The Hollywood Reporter:

In the latest deal for a Nordic noir franchise, Stockholm production group NICE Drama has snatched up rights to a trio of novels by young crime writer Kristina Ohlsson.
The deal, which hopes to follow on such Scandi crime success stories as The Girl With the Dragon Tattoo and The Killing, will see NICE produce a six-episode TV series and three 90-minute films based on Ohlsson's books Unwanted, The Daisy and Guardian Angels.
Ohlsson's trilogy centers on Fredrika Bergman, an investigative analyst for the police who uses her unconventional, academic ideas to solve crimes. NICE plans to shoot the series in 2013-14, with the first film of Unwanted, the story of a child killer, planned as a theatrical release in certain territories. The series will be produced by NICE together with co-production partners in Sweden and Germany.
My review of Unwanted is here and the second book, Silenced, again translated by Sarah Death, is published in the UK on 30 August 2012.
Posted by Karen (Euro Crime) at 8:21 pm

I can see why this book appeals to film makers. Thanks for the news.