Here's another of my occasional posts about African Crime Fiction. You won't find these authors, with the exception of Margie Orford who was born in London, in the bibliography section of Euro Crime but there are reviews of Deon Meyer's and Michael Stanley's books on the review page.

Here are some upcoming titles for late summer/autumn: 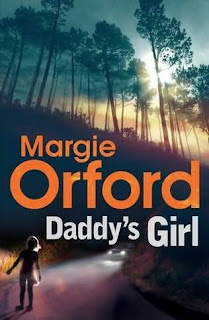 Daddy's Girl by Margie Orford (1 August)
Friday evening. A deserted street below Table Mountain. A six-year-old ballerina waits alone for her mother to fetch her. Then an unmarked car approaches, and she is gone. With no trace of where, or why she's been abducted, suspicion falls on her divorced father, Captain Riedwaan. The boss of Cape Town's gang unit, Riedwaan is tough and ruthless, a man accustomed to being in control. But now he is powerless. Suspended from the squad for wasting police time, Riedwaan watches helplessly as the search for his daughter is called off. In desperation, Riedwaan turns to investigative journalist and police profiler Dr Clare Hart, whose brutal TV documentary about Cape Town's missing young girls has made her something of a local celebrity. Clare has seen how aspiring gangsters in the Cape Flats ghetto prove their worth by tormenting children. She knows that the odds of a victim's survival worsen with each passing minute. She understands that finding the child without police involvement will be difficult, dangerous, and probably illegal. But she also knows she'll do anything to help this heartbroken father - even if it puts all their lives at risk. 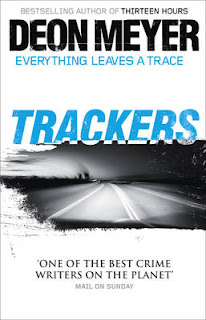 Trackers by Deon Meyer tr. K L Seegers (1 September)
A housewife running from years of domestic abuse. A bodyguard hired to escort a smuggled rhinoceros. A group of Islamic terrorists based in a quiet residential street. A secret government agency threatened with amalgamation within a bigger department. A retired policeman trying to get used to his new career in the private sector.Each of these strands of a brilliant narrative is populated with superbly-drawn characters, and woven into a stunningly exciting drama by the undisputed king of South African suspense fiction. Not only a heart-pounding thriller, but also a love story and a fabulous kaleidoscopic picture of South African society, this is the finest novel yet from an author whose reputation is growing all around the world. 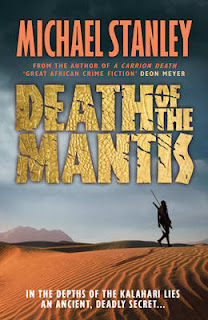 Death of the Mantis by Michael Stanley (1 September)
The third novel in the fantastic Detective 'Kubu' Bengu crime series is set in the southern Kalahari area of Botswana - a place full of buried lost cities, incredible hidden wealth, ancient gods and, for thousands of years, home to the nomadic Bushmen. When a fractious ranger named Monzo is found dead, fallen into a donga - a dry ravine - surrounded by three Bushmen, the local police arrest the nomads. Detective 'Kubu' Bengu is on the case, which reunites him with his old school friend Khumanego, a Bushman and now an advocate for his people. Khumanego believes the arrests are motivated by racist antagonism from the police, as the Bushmen are claiming that they were at the murder scene because they were trying to help. Soon after Monzo's death, Detective 'Kubu' learns of another case involving two botany students on their way back from a specimen-collecting trip but who were later found dead, seemingly poisoned, at a campground. Could the deaths be connected? 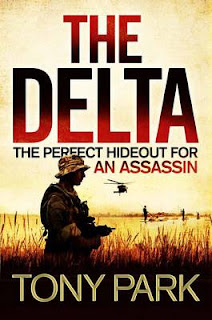 The Delta by Tony Park (29 September (paperback)
After a failed assassination attempt on the president of Zimbabwe, ex-soldier turned mercenary Sonja Kurtz is on the run. She heads for her only place of refuge, the Okavango Delta in the heart of Botswana. She's keen to forget her warrior lifestyle - it's time for an easy life. But then Sonja discovers that the Delta is on the brink of destruction. She is recruited as an 'eco-commando' in a bid to halt a project that would destroy the Delta's fragile network of swamps and waterways. Soon she finds herself caught in a deadly web of intrigue involving her ex-lover Sterling, the handsome Martin Steele - her mercenary commander, and a TV heartthrob and wildlife documentary presenter 'Coyote' Sam Chapman who blunders out of the bush in a reality show gone wrong. Instead of escaping her violent past, Sonja is now surrounded by men who are relying on her killer instincts to save the day. Where she came to find peace, she finds war...and it is not just the survival of the Delta that is at stake. 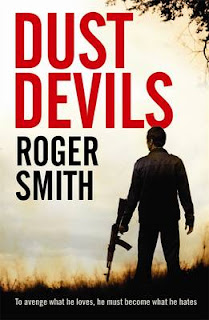 Dust Devils by Roger Smith (8 September)
This is an unflinching portrayal of the dark side of the new South Africa, where to avenge what he loves, Robert Dell becomes what he hates. On the run after being framed for murdering his family, South African journalist Robert Dell's only ally is his oldest enemy: his father. Bobby Goodbread, an ex-CIA hitman just sprung from prison for atrocities he committed whilst in the employ of the apartheid regime, joins his son on a bloody cross-country road trip, bringing his killing skills and his hunger for redemption. From picture-postcard Cape Town to a Zulu tribal valley where AIDS, savage feuds and poverty have left the population as gutted as the parched red earth, father and son hunt down assassin Dog Mazibuko, uncovering a conspiracy that reaches to the highest levels of the South African State. They cross paths with another man on a desperate mission: ex-investigator Disaster Zondi, returning to the place he fled as a youth to rescue a teenage girl - who may or may not be his daughter - sold into marriage to Mazibuko. These men are thrown together in a spiral of violence and retribution in a country where corruption and anarchy have replaced brutal tyranny and human life has never been cheaper.
Posted by Karen (Euro Crime) at 7:32 am

A big thanks for this column on African authors. Deon Meyers just keeps getting better and better. I was wondering when Roger Smith would come out with his next. Can't wait.

I've been wanting to get my hands on Margie Orford's Daddy's Girl for a while now. Hope this means it will show up on Book Depository.

tonyg, you won't be disappointed, Dust Devils is excellent.

hi, do you have a US or UK address by any chance where review copies can be sent? please reply to sabrina.hill@xlibris.com