Old Street Publishing is a fairly new operation but they've managed to secure Euro Crime favourite Gianrico Carofiglio's non Guido Guerrieri book, The Past is a Foreign Country, which is now available from all good bookshops... 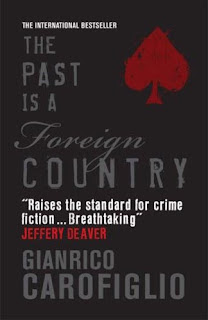 Synopsis: 1989, Bari, southern Italy. Giorgio is 22 years old, a model student, living a conventional middle-class life. Francesco is a slightly older fellow student - but far from a model one - who exerts a strange fascination over men and women alike. Giorgio is only vaguely aware of Francesco until one evening their paths cross definitively and Giorgio is sucked into Francesco’s world, in a kind of Faustian pact.

Giorgio becomes Francesco’s pupil and learns to cheat at cards. In return, he will get lots of money, sexual adventures, luxury. Their gambling exploits take them from luxurious villas to low dives, their victims ranging from rich industrialists to human flotsam.

Giorgio enters a world where his own image of himself starts to fragment, revealing someone he no longer recognizes: someone who both scares and attracts him. In parallel, we are given the story of the artistically inclined Lieutenant Chiti of the carabinieri who is investigating a series of brutal rapes in Bari. A shocking dénouement draws together the two strands of the story in a wholly unexpected way and brings a catharsis for both Giorgio and Lieutenant Chiti.

Read an extract here and look out for the Euro Crime review, coming soon.

As well as Carofiglio, Euro Crime readers may also be interested in David Downing's series. The first part, Zoo Station, came out in March and the follow-up, Silesian Station, will be out in March 2008. 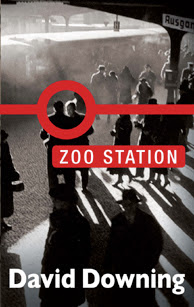 Synopsis: Englishman John Russell is a member of the foreign press corps in Berlin and a first hand witness to the brutal machinations of Hitler and the Nazi party in the build up to war during the early months of 1939. Unlike many of his colleagues, Russel wishes to remain in Berlin for as long as possible to be close to Effi, his glamorous actress girlfriend, and above all to Paul, his eleven year old son who lives with his estranged German wife.

When an old acquaintance turns up at his lodging home, Russell's life begins to change. Gradually he is persuaded by a combination of threats, financial need and appeals to his conscience to become a spy - first for the Soviet Union and then, simultaneously, for the British.

The grimness, the constant fear and the skin deep glitter of pre war Berlin - alleviated by atmospheric excursions to Prague, Danzig, London and the Baltic seashore - form a rich backdrop as Russell, a reluctant hero and saviour for some, treads along ever narrowing lines between the Russians, the British and the Gestapo.

Again you can read an extract here.
Posted by Karen (Euro Crime) at 9:22 am

I read a lot of Euro crime (and "world crime")- thanks for putting the site together. I'm starting to read my way through your posts. I just strted a blog on crime fiction and fiction http://nearlynothingbutnovels.blogspot.com and would appreciate any feedback.