Welcome to the latest stop on the blog tour for Harm by Solveig Pálsdóttir translated by Quentin Bates.

I am very pleased to be able to share an extract from Harm, the third in this Icelandic 'Ice and Crime' series which began with The Fox, and then Silenced.

Harm is available to buy now. 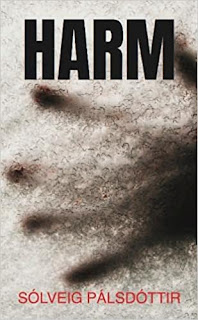 When wealthy doctor Ríkarður Magnússon goes to sleep in his luxurious caravan and doesn’t wake up, detectives Guðgeir Fransson and Elsa Guðrún are called to the Westman Islands to investigate what looks like murder.

Suspicion immediately falls on Ríkharður’s young, beautiful and deeply troubled girlfriend – but there are no easy answers in this case as they are drawn into family feuds, disgruntled friends and colleagues, and the presence of a group of fitness-obsessed over-achievers with secrets of their own.

As their investigation makes progress, Guðgeir and Elsa Guðrún are forced to confront their own preconceptions and prejudices as they uncover the sinister side of Ríkharður’s past.

Harm is the third novel featuring the soft-spoken Reykjavík detective Guðgeir Fransson to appear in English. Sólveig Pálsdóttir again weaves a complex web of intrigue that plays out in the Westman Islands, remote southern Iceland and Reykjavík while asking some searching questions about things society accepts at face value – and others it is not prepared to tolerate.

Diljá was startled from sleep a noise from somewhere. It took her a moment to realise where she was as she stared at the pile of mattresses at her side. Before long she recalled that she was in the upstairs space of the summer house owned by Ingi Thór and Eygló. She rolled over onto her front and crawled to the small window, taking care not to be seen. There was nothing to be seen outside and she wriggled closer, peering out and listening. She was sure she could hear the sound of a car in the distance, and she watched as a small jeep drove down the track from one of the other summer houses. Someone was leaving. She pulled back from the window and hoped that she hadn’t been spotted. Now she needed a little more time to think things over and look for a way out of this predicament.

She had no idea what the time was, or how long she had been asleep. There was a television downstairs and she switched it on, quickly scanning the news media.

It was just a short news item, but she read it again and again. There was no more information in the full text than the headline had provided. There was no mention of her disappearance, or anything referring to the group’s trip to the Westman Islands, other than that the deceased was a fifty-two-year-old man from Reykjavík.

What options were now open to her? Give herself up and try to explain, in the forlorn hope that she would get away with it?

No. Nobody would believe her. Was she prepared to be remanded in custody, to be shut away in a cramped, windowless cell? Her claustrophobia was so severe that even taking the lift from one floor to the next was too much for her. A stream of thoughts whirled through her mind, one after another, and it was difficult to keep them under some kind of control. Occasionally María Líf appeared in her thoughts, and that magnified her misery. Her stomach made a strange sound, and she realised that she hadn’t eaten since the night before. Something to eat would help her think straight. She found the bag of goods she had picked up at the shop by the Landvegur crossroads. Two of the hotdogs went into a pot and she rooted around for ketchup and mustard in one of the cupboards, and smeared both onto some bread. The aroma sharpened her hunger and she wolfed down the two sausages. It was years since she had last eaten processed food of this kind, but her stomach didn’t rebel and she felt better for it.

She took a quick shower and washed her hair. The green towel on a hook must have been hung up wet, as it was stiff to the touch. Diljá dried herself vigorously, hard enough to leave her skin red and tender. The steam from the shower had left a mist on the mirror, and when she looked at her reflection she saw the raw skin, eyes puffed with tears and the worry on her face.

‘You always fuck everything up, you idiot,’ she snarled angrily at her own reflection. 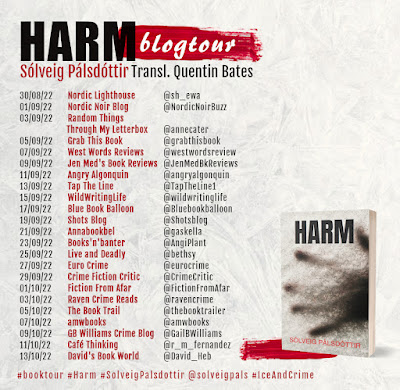