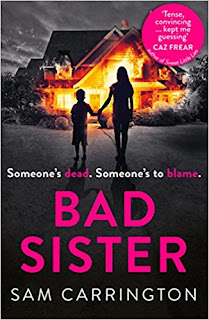 Connie Summers is a psychologist who has recently set-up a private practice after many years working with disturbed prisoners. She is now relishing the chance to work with victims of crime rather than the perpetrators and also has clients who have been relocated under the witness protection programme. One of these clients is Steph, a difficult young woman with a child who has escaped a violent relationship with a drug dealer after giving evidence against him. However as Connie struggles to get her to talk, she realises that Steph is frightened of more than just her ex-boyfriend and his associates. There are other people in her past from whom she is hiding.

When a body is found dumped outside the prison gates, DI Lindsay Wade and DS Charlie Hack find that it is Eric Hargreaves who had absconded from jail. He had been jailed for rape, only to be awarded early parole on the advice of several experts including Connie, only to rape again.

There is a third thread to the story running through the book of a young boy accused of setting fire to a house and causing the death of his father and step-mother. This at times, seems to have no connection with anything else in the story and the reader is left to speculate as to which main character the boy is linked with.

BAD SISTER is a good read, confusing at times as different characters' stories are narrated with the links to each, only being resolved at the end. The story centres on the theme of events in the past affecting the present and how they can never be totally forgotten or escaped. One of the issues for me was that I never really engaged with the characters – they were a bit too unbelievable for me. This is the author's second novel with a third to be published later in 2018.