Stellan Skarsgård is to star as a police officer in BBC One's River, to be shown next year. 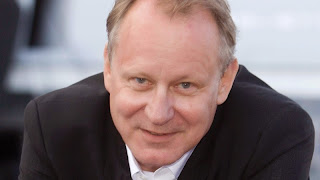 Production has begun on River, a new drama series written and created by Emmy award-winning Abi Morgan for BBC One.

Stellan Skarsgård (The Girl With The Dragon Tattoo) stars as John River, a brilliant police officer whose genius and fault-line is the fragility of his mind - a man haunted by the murder victims whose cases he must lay to rest.

The 6x60-minute series [] is being filmed in East London for transmission in 2015.