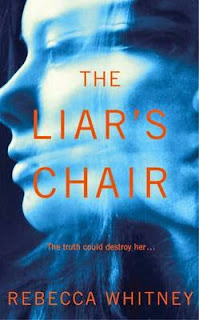 A woman driving carelessly home from a meeting with her lover is enjoying the power of her car and revelling in its speed as she pushes herself and the car to its limits when she loses control. She is horrified when she finds that she has knocked down and killed a tramp well known in the area. She hurriedly drags the body into hiding and continues home to the luxurious house she shares with her husband.

Rachel Teller appears to have everything: a prosperous business, a loving husband and a fabulous home. However, appearances can be deceptive and David Teller is an over bearing bully and has a passion for making money, controlling everyone, including every facet of Rachel's life and also has a secret drug habit.

Rachel attempts to clean herself and hide all evidence of the accident from her husband but he discovers her and she has to tell him everything. He is furious and when she wakes the next morning she finds no trace of anything untoward, and is instructed to forget it and to carry on as usual. However, Rachel's conscience will not let her forget and her life starts to unravel.

This is an uncomfortable story of a marriage that has a thin veneer of sophistication but hides a great deal of unhappiness. As Rachel falls apart and she faces up to the consequences of the death she has caused, her memories of an emotionally abusive childhood are brought back to her mind. Her fantasies of a new life with her lover, Will, move further and further away as she struggles with her need for the comfort Will offers her and her concerns about David's actions if he discovers her relationship.

This ia a powerful and fast moving story set around Brighton. A debut novel that is written with assurance, dealing with powerful themes, including violence in marriage.

Recommended as a good read.