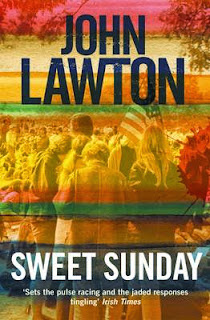 This extraordinary book which has just been republished, is set in America in 1969, during the Vietnam War and is written as an autobiography of Turner Raines, originally from Texas but currently living and working in New York. Raines is working as a private investigator and he is hired by a lot of individual mothers of young men, who to avoid being drafted into the US forces and to avoid being sent to Vietnam have escaped to Canada. He goes to Toronto on a number of different occasions to check that the son of a particular client is residing there and is therefore able to reassure the client. When Raines returns from Canada on a particular date he discovers to his horror that Mel Kissing, his long term childhood friend, has been murdered. He was killed by having an ice-pick slammed into his skull and unfortunately, there are fingerprints on the death implement that belong to Turner Raines.

Once the police have examined his passport and checked the truth of his alibi he is released from custody and he starts to check what happened to cause the death of Mel. Amongst Mel's belongings is a photograph of a number of his friends who had served in the US forces at that time and who had been sent to "Nam" and been involved in an incident very similar to the "My Lai Massacre" of 1968 with many unarmed Vietnamese slaughtered. All of the military participants had then returned to their base and had not been punished but had been curiously honourably discharged and returned to the USA. Raines decides to investigate by interviewing these old comrades as Mel Kissing was a reporter for the Village Voice and Raines believes that is what he would have done. Raines notices that he appears to under surveillance wherever he goes and he wonders by whom. He drives all over the US and wherever he goes he notices the same car behind him.

The book covers a lot of ground and doesn't only stick to 1969 but goes back a number of years to Raines' childhood. Contemporary events such as Woodstock and people such as Lyndon Johnson, Trickie Dickie, Norman Mailer and Abbie Hoffman are mentioned in the story and add atmosphere to great effect. There is also a lot of humour to the story but it is quite different from his series concerning Inspector Troy. It is not a fast read but it is to be enjoyed and savoured slowly. I enjoyed it tremendously and just wished that Lawton wrote a lot more books. This book was originally published by Weidenfeld & Nicolson in 2002 and is being republished by Grove Press to introduce a new readership to John Lawton stories.

I love all of his books. Read this slowly & savour every word. If you grew up in the 60s you will love it!