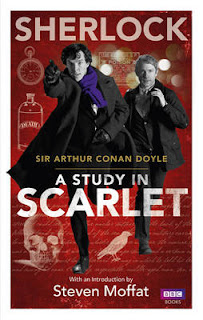 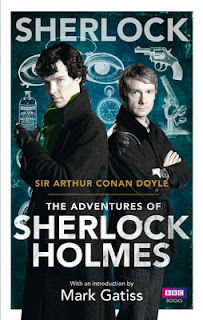 I was a bit surprised to see A Study in Scarlet listed in the charts at WH Smiths and Tesco this week. I wonder what viewers of Sherlock who haven't read it before, will make of the original source material.

The Adventures of Sherlock Holmes will be published on 27 October:

Sherlock: The Adventures contains twelve short stories first published in The Strand magazine between 1891 and 1892 and then published as a collection in October 1892. It includes some of Conan Doyle's best tales of murder and mystery, such as 'The Adventures of the Speckled Band', in which the strange last words of a dying woman 'It was the band, the speckled band!' and a inexplicable whistling in the night are the only clues Sherlock Holmes has to prevent another murder; and 'The Five Orange Pips', in which an untimely death and the discovery of the letter containing five orange pips lead to a cross-Atlantic conspiracy. 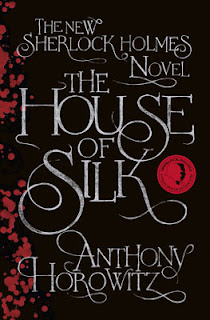 Anthony Horowitz's official Sherlock Holmes novel, The House of Silk will be published on 1 November:

THE GAME'S AFOOT...It is November 1890 and London is gripped by a merciless winter. Sherlock Holmes and Dr Watson are enjoying tea by the fire when an agitated gentleman arrives unannounced at 221b Baker Street. He begs Holmes for help, telling the unnerving story of a scar-faced man with piercing eyes who has stalked him in recent weeks. Intrigued by the man's tale, Holmes and Watson find themselves swiftly drawn into a series of puzzling and sinister events, stretching from the gas-lit streets of London to the teeming criminal underworld of Boston. As the pair delve deeper into the case, they stumble across a whispered phrase 'the House of Silk': a mysterious entity and foe more deadly than any Holmes has encountered, and a conspiracy that threatens to tear apart the very fabric of society itself...With devilish plotting and excellent characterisation, bestselling author Anthony Horowitz delivers a first-rate Sherlock Holmes mystery for a modern readership whilst remaining utterly true to the spirit of the original Conan Doyle books. Sherlock Holmes is back with all the nuance, pace and powers of deduction that make him the world's greatest and most celebrated detective. 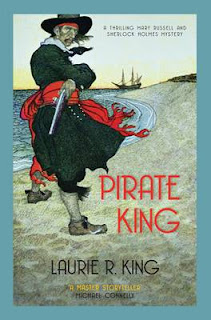 Pirate King is the eleventh in Laurie R King's Mary Russell and her husband Sherlock Holmes series and has just been published in the UK. The series began in 1994 with The Beekeeper's Apprentice in which Mary and Sherlock meet.

An e-novella, Beekeeping for Beginners, was released in July, showing that fateful meeting from Sherlock Holmes's point of view. It's available on Kindle in the UK though there are two editions listed on amazon.co.uk: the left hand one is 71p (US edition?) and the right hand one, which is the UK edition is £1.35. It can also be bought as an epub eg Kobo for £1.55. 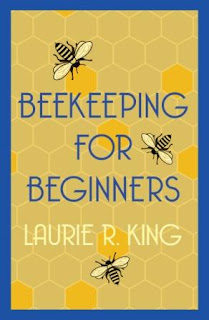 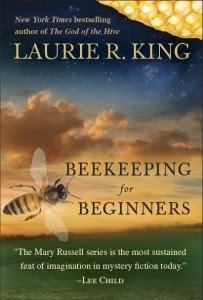