Here's a little update on what I've been doing:

As well as publishing the January releases, I've manged to update the website as well.

I've finished both books I was reading and listening to in my last post: Murder on the Lusitania by Edward Marston and The Joy and Light Bus Company by Alexander McCall Smith (read by Adjoa Andoh). I enjoyed both. I will continue with the Ocean Liner series by Edward Marston for at least for another book. I enjoyed the history-side of the story more than the plot and characters but it's a nice light read. There are eight books in the series so it'll be interesting to see how the series is kept fresh when the setting is in effect the same.

I will listen to Adjoa Andoh read anything - if she stops narrating the Mma Ramotse series, I'm not sure if I would continue to read them! I probably would and hope that I hear her voice as I read.

As it's Veganuary, I have dug out a US Cozy - regular readers will know I have a penchant for them - which features a Vegan sleuth. I have a short list of Vegetarian sleuths and Linda Lovely's Brie Hooker series is the only adult vegan sleuth I've come across.

I've started the first book in this three-book series, which is Bones to Pick.

On the TV, OH and I are watching the Swedish crime series, Partisan, starring Fares Fares, which you can watch on All4. 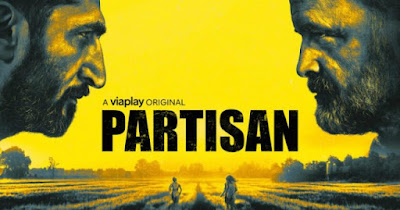