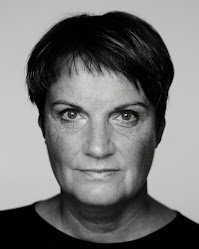 Welcome to the second stop on the blog tour for Silenced by Solveig Pálsdóttir translated by Quentin Bates. The first stop was at the Nordic Lighthouse

I am very pleased to be able to share an extract from Silenced, the second in this Icelandic 'Ice and Crime' series which began with The Fox.

Silenced will be available to buy from 15 April. 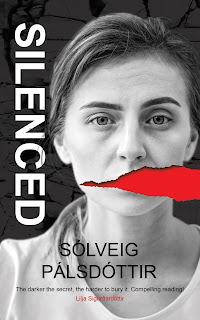 As a police team is called in to investigate a woman’s suicide at the Hólmsheiði prison outside Reykjavík, to detective Guðgeir Fransson it looks like a tragic but straightforward case.

It’s only afterwards that the pieces begin to fall into place and he takes a deeper interest in Kristín Kjarr’s troubled background, and why she had found herself in prison.

His search leads him to a series of brutal crimes committed twenty years before and the unexplained disappearance of the prime suspect, whose wealthy family closed ranks as every effort was made to keep skeletons securely hidden in closets – while the Reykjavík police struggle to deal with a spate of fresh attacks that bear all the hallmarks of a copycat.

And here's the teaser extract:

Guðgeir had seen more than a few cells during his career. They were all much the same, with a bed, table and chair, as well as an overpowering sense of claustrophobia. But this one with its lively pictures on the walls was an exception, presenting a stark contrast to the lifeless woman on the bed. Leifur looked her over for a moment before he put his bag on the floor, pulled on a pair of gloves and set about gathering evidence.

‘Are these her pictures?’ Guðgeir asked.

‘Yes, she’s an artist,’ Svala replied in a low voice from by the door. ‘Was, I mean,’ she corrected herself. ‘Kristín had recently begun painting again after a long break. She was incredibly talented, fantastic stuff.’

‘There’s something odd about all this,’ she said, hesitating, shaking her head slowly. ‘These last few weeks she had been working flat-out, as if she had been preparing for a big exhibition. She hardly even stopped for meals.’

‘Did she have much else to do with her time?’ Guðgeir asked, looking down at the woman on the bed. Her brown hair was cropped short and her face was made up of fine lines. Her ears were pierced, with a delicate silver ring in each one. Her arms were at her sides, hands closed. His eye was caught by the ring finger of her right hand, and a heavy silver ring with a striking emblem. He took a picture of it with his phone.

‘No, not exactly,’ Svala said. ‘There isn’t much to do, but all the same…’ she was about to place a hand on the body.

‘Don’t,’ Leifur said quickly. He looked up from what he was doing and glared at Svala. ‘Don’t touch anything.’

‘Of course, sorry,’ she muttered, withdrawing her hand.

Leifur gave her a smile, as if to soften his harsh words, and paused to inspect the pictures on the walls.

‘That’s right. Kristín was artistic and a sensitive soul. I can’t understand why she did this. I just don’t get it at all,’ she sighed, a look of despair in her eyes. ‘She lived a life that was so much richer than most people you meet in here do. Spiritually, I mean.’

‘Creative people frequently tend to be vulnerable,’ Leifur said, sounding philosophical. ‘She wanted to leave something behind.’

‘Kjarr. Kristín Kjarr,’ Guðgeir said, as if to himself. ‘Did she have any children?’ he asked.

‘No suicide note to be seen here,’ Leifur announced.

‘Are any of the other prisoners aware of this yet?’ Guðgeir asked, stepping cautiously past a large plastic cup that lay on the floor.

‘No, none of them,’ Svala said, running hands through her reddish hair, pushing it back behind her ears, which gave her the look of a young girl. ‘But I’m sure some of them noticed that Kristín didn’t show up this morning.’

‘Could you let the priest know that he can go and see the family?’ Guðgeir said. ‘We’ll come down to the office when we’re finished, and it would be useful to have a chat with you then, Svala. You seem to have known Kristín well.’

She nodded, anxious to be helpful, but also relieved to be released from the discomfort of being present. Guðgeir waited for her footsteps in the corridor to fade away before he turned to Leifur.

‘Don’t you think this is all weird?’ he asked, rubbing his chin, the dark bristles rough against his hand. 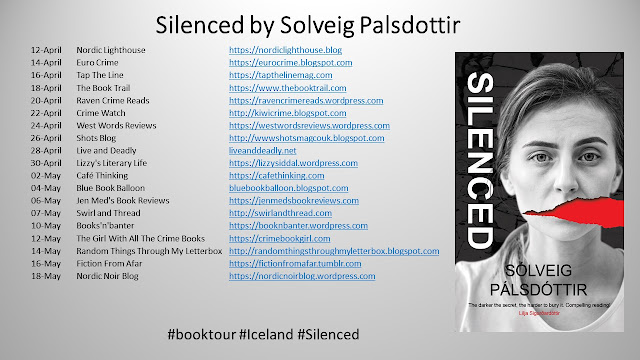