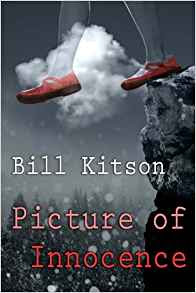 While visiting Madrid on a stag weekend, DI Mike Nash foils an attack on a young Spanish landscape painter. He returns home, puzzled by the fact there seems to be no motive behind the assault – unless it is connected to the recent murder of the girl’s father. After surviving two further attempts on her life the artist flees to England where she seeks shelter with Nash. As he attempts to uncover the truth behind the attacks and her mysterious past, Nash confronts a web of evil that is more potent now than in previous years – and as he unravels the mystery he is faced with a crime more sinister and horrible than he has ever encountered before.

Mike and his son Daniel get very close to the Spanish girl and bring her to stay at their isolated home in the North Yorkshire moors but unknown to them evil forces have them under surveillance and Mike and his son and the girl have several exciting adventures before the dramatic conclusion.

This book appears to be relatively short but don’t be deceived as Bill Kitson can pack more into a few pages than lesser writers can do in a few hundred.

As in previous books of his that I have reviewed namely DEPTH OF DESPAIR (2009), BACK-SLASH (2011), IDENTITY CRISIS (2012) and BURIED IN THE PAST (2014), once you start a Bill Kitson book they are extremely difficult to put down and I had great difficulty in closing this one also, until I reached the very exciting conclusion.

The author has published eight previous stories in the DI Mike Nash series but I understand he also writes historical fiction and lighter stories set in Greece under the pen-name 'William Gordon'. He has also many other books to his name, so you know that he brings a lot of experience to his writing. I will certainly look out for them in the future.

If you want to read a book that you should not read on public transport as you will be so absorbed that you will likely miss your stop then buy this one. I understand that he will be publishing another book in the Mike Nash series in the Spring and I look forward to reading it.