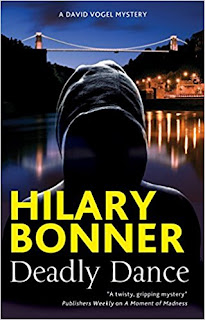 Bristol, Avon. DI David Vogel is called to the discovery of a young teenage girl's murdered body, found in the red light district. The fourteen-year-old - Melanie Cooke was dressed to appear older and had been reported missing by her mother, who thought she was staying at a friend's home. Vogel who has a daughter of a similar age is keen that they waste no time in catching the murderer. Together with his immediate team - DS John Willis and DC Dawn Saslow they interview the mother Sarah Fisher and her husband, Melanie's step-father, and also Melanie's father who has also remarried. Vogel reports as part of Avon and Somerset Major Crime Investigation team to DCI Reg Hemmings.

Sally Pearson, the friend that Melanie was supposed to be staying with, must know something but is not saying much. Vogel and his team find few clues but eventually two more murders provide some surprising answers. Throughout the investigation we hear from  three separate characters:

Saul - wants to get married but is wary of women and has problems.
Leo - a gay man but reluctant to let friends and work colleagues know his secret. He regularly visits London's gay scene and is particularly attracted to one man.
Al – a paedophile. He takes risks watching children at play.

The author has written several police procedural books and this one is well crafted. I was unsure of the style of Vogel referring to his team by their surnames and his boss also referring to him as Vogel. To me this didn't ring true, however this is a minor criticism. I would definitely recommend this book and will certainly read more from this author, an ex- journalist who lives in Somerset.